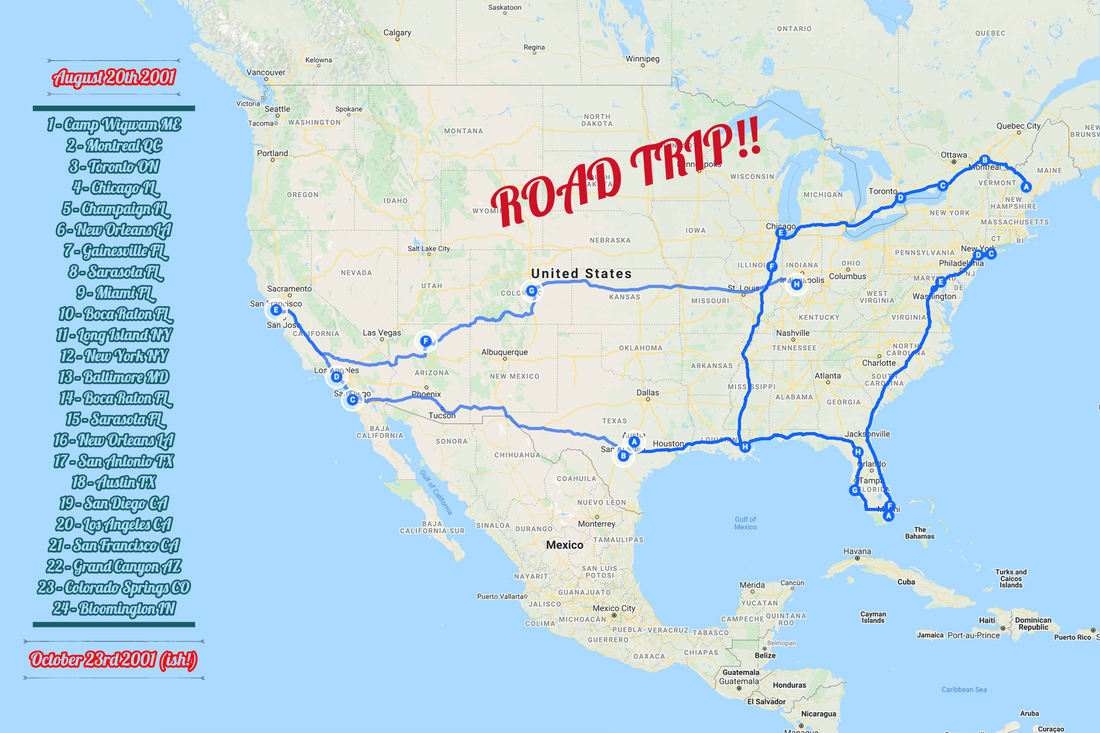 After the initial road trip in 2001, Paul McCarthy drove her back to Maine from Indiana in 2002, 2003 & 2004. From 2002 through 2007 she was a VIP guest at the IU Tailgating parties and was often parked in front of Kilroys on Kirkwood. She was transported to Florida where she spent much of her time resting, then to California where she spent a few years in storage until in 2015/2016. She was brought back to the streets of Los Angeles after some repairs and was a familiar face at the Inosanto Academy of Martial Arts Instructor camps and the occasional trespass onto what could be considered the Upper Diamond of UCLA's campus! :)